The Austin Golf Association (AGA) is the oldest and largest public golf association in Central Texas. It is a social organization with the sole objective to host golf tournaments for its members. The AGA provides a friendly golf stroke play tournament environment for all-level of competitive players regardless of gender or age.  We welcome players of all skill levels (men and women) from scratch golfers to +20 handicaps.

The AGA was founded about 1940 and originally only hosted one tournament each year. Currently, we have over 300 members and play a tournament approximately every other week. Tournaments usually consist of a field of 50-75 players divided into 4-5 flights based on USGA handicap.

Tournaments are flighted by handicap and played under USGA rules.  Approximately two out of every three players (60%) in each flight is paid out in prize money. The AGA pays out 1st, 2nd, 3rd for low gross and low net per flight. AGA also pays for gross skins per flight and closest to the hole on all par 3's across the entire field. 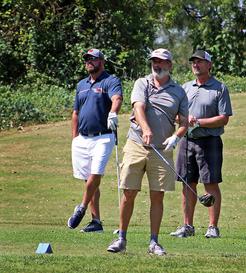 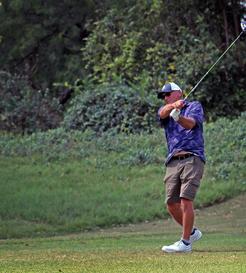 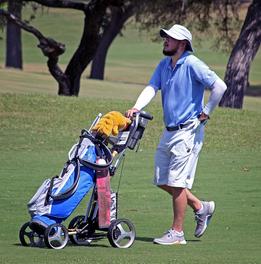 Each player has the option to enter multiple games at each tournament.  Additional tournament games include: gross stroke play, net stroke play, gross skins, and closest to the pin (CTP).  Stroke play and gross skins is determined by flight.  CTPs are determined by the entire field.  Entering all the games at a tournament is usually an additional $35 ($10 gross + $10 net + $10 skins + $5 CTP). When you multiply that across the field, the competition can be very competitive and rewarding!

Payouts are usually immediate via Venmo, cash/check or can be credited towards your AGA account.

Our tournament season runs from January through December.  Dues for a full season are $60.  For couples (adults), the dues are $90 that is: $60 for the first member and $30 for their spouse.  Junior family members (under 18 years old) may join for free. Membership includes a GHIN handicap index which is accepted at most tournaments played outside the AGA.

New members who join in November or December pay for the next season but get to play in any remaining tournaments in the current season.  Members from the previous season are allowed to play as members through mid-February or the new season.  This means a new member joining in November would get over 14 months.

In September and October, new or returning members can join and play for the remainder of the current season for $30.

The current Board of Directors for 2021: